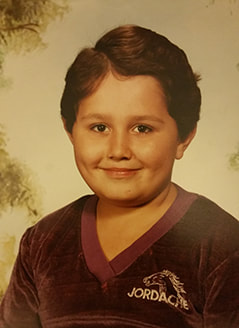 Better known as Mike in his home town, Xavier was born and raised in Bowling Green, Ohio. He currently is a truck driver based out of central Ohio, but has also worked in a wide variety of industries his whole life. He has been: a teacher, DJ, waiter, computer tech, call center representative, coach, personal trainer, autonomous vehicle operator, umpire, cook, and cage fighter as well as ring announcer. Xavier has worked in multiple states throughout the US, and has taught English as a Second Language (ESL) in Japan, Saudi Arabia, and South Korea.

Xavier holds a Master of TESOL and Bilingual Education and is a proud alumnus of multiple schools in the Northwest Ohio region, including: The University of Findlay, Bowling Green State University, and Owens Community College. He also attended St. John's Jesuit high school in Toledo, Ohio and St. Aloysius elementary and junior high in Bowling Green, Ohio.

Mr. Carrigan spent nearly a decade of his professional life teaching ESL and HPE at multiple American universities, such as: Ohio State University, Arizona State University, the University of Findlay, Ohio Northern University, and Owens Community College. He also spent time abroad teaching alongside full-time faculty at the Chiba Institute of Science and Choshi Municipal High School in Choshi, Chiba, Japan. During his graduate school studies, he spent multiple summer and winter vacations working with English youth camps at the Chinju National University of Education in Jinju, South Korea. He also  spent a year teaching at King Abdulaziz University in Jeddah, Saudi Arabia, where he became the head of the English Club for the 2014 spring semester.

​Xavier enjoys volunteering and helping out with events in all of the communities he has been a part of. He has worked with youth language clubs at The University of Findlay, as well as English clubs at Choshi Municipal High School. He has organized sporting events and excursions while teaching at ASU and King Abdulaziz University. Xavier volunteered his DJ'ing services for multiple fund raisers, youth camps, and charities in Ohio, Michigan, and Arizona. He has also most recently attended and helped as a non-violence captain at the TYT Rally in Miami, Florida during the first Democratic Debates in 2019.